Volleyball: The girls volleyball team earned a big victory in three straight sets last week as they took on the Rockets from Broad Ripple High School. The ladies will be in action again tonight at home in an ICC matchup, as they host the Cardinal Ritter Raiders. They begin Marion County tourney play next Wednesday, as they travel to Speedway High School to take on Perry Meridian.

Boys Tennis: The No. 2 ranked boys tennis team earned a big win last week, 3-2, over North Central. They then finished first in the ICC conference tennis tournament this past Saturday at Park Tudor. They will be competing throughout this week in the Marion County Tournament and will begin sectional play next week here at Park Tudor.

Cross Country: The cross country teams competed at the Flashrock Invitational last weekend with the boys recording their highest finish at the meet to-date. The Panthers are back at it this weekend at the Culver Academy Invitational, where both teams look to compete for the Closed Division title.

Girls Golf: The girls golf team competed in sectional play this past Saturday at South Grove Golf Course. The girls earned a fourth place finish as a team, shooting a 386. Both Alissa Honigford and Hannah Markey were able to advance to the IHSAA Regional which will be played this Saturday, Sept. 24, at Edge Wood Golf Course in Anderson. Play is set to begin at 9:00 am.

Boys Soccer: The boys soccer team earned two big ICC conference wins last week as they defeated the Beech Grove Hornets, 2-0. They then followed up that performance with an overtime victory against the No. 4 ranked Ritter Raiders, 2-1. They will be in action this evening as they travel to Bishop Chatard and will then host opening round games of the Marion County Tournament Monday, Sept. 26.

Girls Soccer: The girls soccer team earned a 3-1 victory last week over Monrovia High School and followed up with a win Monday over the Speedway Sparkplugs, making them 4-1 in conference play. They will host ICC opponent Beech Grove this evening at home and then will host opening round action of the Marion County Tournament Monday, Sept. 26.

Football: The football team traveled to Southern Wells on Sept. 9 and earned a 35-14 victory over the Raiders. They will be in action this Friday as they travel to Southern Decatur High School to take on the Cougars. Game time is set for 7:00.

They will then travel to Victory Field next Friday, Sept. 30, to take on Speedway High School in the second annual Gridiron Classic at 7:00 p.m. Cheer on the Panthers during this unique  event where the Victory Field baseball stadium is converted into a stunning setting for high school football. Discounted tickets are available for $6 at the front desks of each division or in the athletics office. Members of the PT Booster Club will also be selling tickets at Middle School Spirit Night. 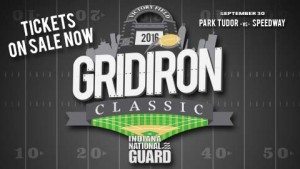